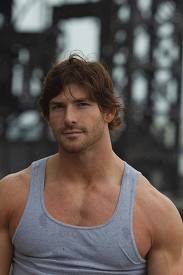 The phrase “straight acting’ is used by many gay men on their internet profiles and smart phones and I think that mostly gay men use this word unconsciously. it’s used similarly to the way many straight people use the word ‘gay’ to describe something they think is ‘bad’ and again unfortunately its use is mostly done in an unconscious way.


Having a degree in English Literature I know very well the power of words and how they can be used to wound, manipulate, shame, ridicule, blame and degrade and so when words or phrases are used within the gay community we do ourselves an injustice if we are not totally aware exactly what we are intending to do with them. I like what Senthourn Raj said in the January 23 issue of SX  referring to Jackie O’s on air blunder:

When gay men use the term ‘straight acting’ in a profile to describe themselves or the kind of men they are attracted to I would argue that what most men mean is ‘masculine.’ The term ‘straight acting, I believe, is used to describe any man that is not effeminate however there are many straight men who are effeminate and to further argue this point there are many gay men who are very masculine. So to be specific if a gay man were to describe the man they were looking for more appropriately they might say they were looking for a ‘masculine gay man’ as opposed to a more effeminate gay man.

The next issue that arises with this topic is about the value a person places on masculinity and femininity. Its great to be clear that we either like more masculine men or more feminine men – however when we unconsciously talk about being ‘straight acting’ we immediately again, I believe, run the risk of suggesting that it is more worthy or acceptable to be a person who is ‘straight acting’-  therefore a heterosexual person. It is communicated more clearly through the use of the word ‘masculine’ that one wants a rugged or butch mate. And additionally if you are into ‘girlier’ guys then it would be more appropriate to use the word effeminate. In this way we avoid even suggesting that straight acting individuals might be more acceptable or hold more value than gay ones. We are all equal.

In the end how does this relate to the use of the phrase “Oh That’s gay” I believe we have to be vigilant when anyone uses this phrase in this way to describe anything that they don’t like because as Raj has suggested such comments foster a culture of vilification and ridicule of us as a minority. It is important for us to set boundaries with people who use this term and then we have a chance to make them conscious of what they are doing and thereby stop the expansion of it’s further use and it is absolutely homophobic – in my book. We teach those around us how we want to be treated and talked about – This can only happen when we stand up and speak with assertion and confidence. Not doing this allows people and gay people alike to continue devaluing who we are.  And thus perpetuating homophobia.

Words are powerful – use them wisely!