Abstinence - is not a dirty word. 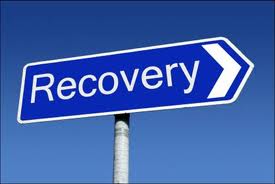 While abstinence can be difficult to achieve the benefits of being part of a recovery group are many. They include that interviewees describe having a spiritual life that allows them to be 'teachable.


What I am often hearing in mainstream gay discussion is how unappealing the idea of total abstinence is to a gay man whether that be from alcohol or drugs and yet for some gay men there comes a time where accepting total abstinence may be the only course of action left. So for those of you who are contemplating this move this article is to support you in the benefits of what life can be chemical free. I know when I personally started my journey down this path many years ago I thought I was going be the only gay man not having any fun but this turned out to be so untrue. In fact life can be much better this way.

Recently Quinn Callicott from the Le Fuente Hollywood Treatment Centre in Los Angeles released an article 'Exploring the Strengths of Gay Men in 12 Step Recovery," and unearthed some very important discoveries. In a nut shell he says that while abstinence can be difficult to achieve the benefits of being part of a recovery group are many. They include that interviewees describe having a spiritual life that allows them to be 'teachable.' and that they felt supported and guided by that quality. This in turn lead to many interviewees saying they often felt 'safe secure and taken care of' in their day to day lives. many of the members also claimed their participation in this sort of recovery program gave them an increased sense of humour which connected them to others and was a supportive coping mechanism. Many of the participants described having 'an optimistic outlook on life and an increased capacity to cope with life's challenges.

Other members described the fellowship as a powerful social support that worked over and above maintaining abstinence from drugs but also as an emotional support for all life's challenging situations and a place where there is honesty and a group of men that speak the same language.

All of this ultimately contributes to a sense of belonging which is vital when one stops using drugs especially in the gay community. Next week we look at the tools of the program of 12 Step and how it creates mechanisms for coping and a forum of inspiration through responsible role models living and facing life on life's terms one step and one day at a time...