Money and Self Esteem 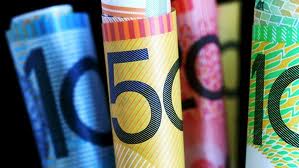 This one wont apply to all but perhaps to some people that struggle with money concerns from time to time. Growing up my parents gave me a lot of support with money till way past my 'maturity date.' Looking back I think that age is somewhere around eighteen. Eckhart Tolle talks in his book 'The New Earth' about how when an animal is old enough the parent releases it from the nest and it learns to fend for itself. He suggests that the same is true for human beings but in today's society some families do not initiate the 'cut off' point for this. This was true in my family. I do not blame my parents for this today but looking back I have a better idea of how this process would have been more functional.


I believe that in an ideal situation my parents would have started talking to me in my early teens about the age I would be financially disconnecting from them in preparation for the event. They would have acted as facilitating agents to this happening by stating that I would need to start experiencing the work force through part time jobs in those teen years and also in that time they would have educated me but allowed me to learn first hand how to save money responsibly, learn what money terms mean and to begin the process of learning to value money. They would have been clear in their messages about the cut off date being my eighteenth birthday. Then after this date I would have been on my own. They would have let me know that any financial problems I would have had after this would need to be sorted out by me. They would have said that they would be available to help support me with suggestions and information but would not 'bail me' out or pay my debts. Their role after this age was not to enable but to facilitate my learning and to educate me to start initiating my own self education around a responsible relationship with money.

Why do I believe this to be the winning formula?

Because as it turned out from eighteen till I was thirty four I was gravely unmanageable with money. I expected them to save me from my financial mistakes. I never learnt to value money and so I made choices of ways to obtain money that were not ethical, that in some cases were dangerous and self abusive and when they continued to 'give in' to my asking it perpetuated my belief that they would always 'bail' me out.

The final result was that I continued in a downward spiral of scarcity, 'poor me' attitude and financial dysfunction. At thirty three I came into12 step recovery and began to hear the term 'fully self supporting.' It was an interesting term to me as I'm not sure I'd ever heard it before. Initially the discussion of this term was to do with money and then I learned that it was also related to being self supporting of my feelings and being responsible for all that happened in my life. I realised too from this that while my parents gave me money I could never learn to be independent and I had started a journey of wanting to get a healthy and strong sense of myself. I knew I could never truly know myself this way if I was not out from under their control. Aside from this they were finally sick of bailing me out and I felt toxic every time I chose to ask or beg them for money.

SO I started working 'normal' jobs. I started untangling all the ways that they had been paying my direct debits, parking fines, dishonour fees and insurance accounts. I found ways to pay for the things I wanted and also started to realise that I had no idea about the difference between 'needs and wants.' Most of the things I'd had in my life were 'wants' and more often I would choose a want over a need. ( The sign of someone that is fairly out of touch with themselves.)

This process of disentangling took about four years and I learned that I was not a person who could have credit cards and I also learned that I should not take out personal loans. At least for now. And in the midst of all of this I had to learn about my 'personal limits,' gratitude for the many things I did have and about acceptance.

While this was and is a painful process I have also started to experience the positive rewards. And they are that I started to feel more independent, I started to feel freedom. My self esteem started to improve, I had a better relationship with my parents, I respected them more and from time to time I was able to take them out for meals which I think shocked them but in that I felt responsible and more mature. I had, even if only to a small degree, learned to give back.

Most importantly I had begun the process of learning how to value money and this is important because while money may appear to be a material commodity it also represents on some level how we value our selves. If I am treating money with respect and care I believe I perhaps am learning how to treat myself with respect and care. If I value money then perhaps also I am better able to value myself and if I trust where I put my money and only spend it on things that are truly worthy then maybe that means I am starting to trust myself and I am choosing to only put myself around people places and things that are worthy of my being there.

The journey to being fully self supporting for me has been a long one and is not over yet at all however my attitudes to money are changing as are my attitudes to how I treat myself. I see more clearly now that if I have a clean, clear and responsible relationship with money then perhaps also I am in the process of deepening and creating a rich, clear, clean and responsible relationship with myself.

I feel very good about that.